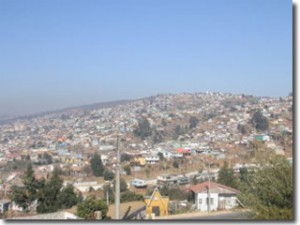 Valparaíso represents a distinctive case of growth, inside a remarkable landscape, of an important Pacific Ocean seaport (over the 19th and 20th centuries), up to reaching a strategic importance in shipping trade, declined after the Panama Canal opening (1914). Thus, Valparaíso tells the never-ending story of a tight interaction between society and environment, stratifying different urban and architectonic layers, sometimes struck by disasters and always in danger. Certainly, the city is subjected to various natural hazards (seismic events, but also tsunamis, landslides, etc.) and anthropic calamities (mainly wild and human-induced fires). These features make Valparaíso a paradigmatic study case about hazard mitigation, and risk factors must be very well evaluated during the restoration phases to be planned in the future.

The main goals of the project for the City of Valparaíso (Chile), declared patrimony of the humanity by UNESCO in 2003, are the following:

The project results have been obtained during in situ missions at Valparaiso (May 2007; October-November 2007; September-October 2008) and thanks to the activities carried out in Italy.

After an agreement with IILA, and with the authorization of the Heritage Office (Oficína de Gestión Patrimoniál, OGP) of the Valparaíso Municipality, four Chilean experts (belonging to the OGP at the time of the Italian missions in 2007: Claudia Andrea Zuñiga Jara; Mauricio Sebastian Gonzalez Loyola; Cristian Ignacio Palma Valladares; Carolina Avalos Avalos) have been entrusted of short bursaries in Italy (Spring 2008), specifically targeted on the MAR VASTO project activities. Moreover, an OGP expert functionary (Sotero Apablaza Minchel), reached Italy in the same period and contributed in an excellent way to the “MAR VASTO” project and to the identification of further cooperation.